Posted on October 28, 2011 by Catspit Productions

Happy Halloween everyone! I hope you all enjoy this holiday as much as I do. It’s my favorite time of the year. Don’t worry; it has nothing to do with strange occult worshiping reasons…LOL. In fact if you want to learn more about why I like this holiday so much and even why I collect skulls and such, check out this new YouTube video. It has to be the single most complex video I have made so far. I really went all out to try to entertain you all while informing you a bit about your personal screen printing tutor yours truly. Make sure to have a look over the spooky Halloween weekend.

One of the reasons I love this time of year so much is the movies I get to watch. I just love classic monster movies, stop action and in camera special effect movies. I really enjoy the stop action and special effects that are done in front of the camera rather than after filming in any way. To me computer rendered graphics can be either very good or really bad. Most of the time it’s the latter and I find no interest in those movies. But bad effects from a time when it took a lot of effort to achieve those bad effects entertains me greatly. And in all honesty some of the effects from the classic monster movies and such are very good and hold up to today’s imaginations. Here are some of the old monster movies I love to watch during the fall season and most especially during the Halloween month of October. But this list is by no ,means complete: 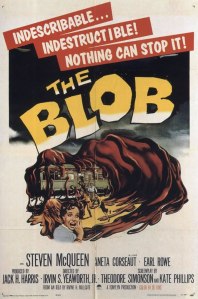 The Frankenstein Trilogy, The Mummy, The Invisible Man, Dracula, The Blob, Pharaohs Curse, 1954 Godzilla, Mothra, Mothra Vs., Godzilla!, Gamera: Destroy All Planets, Ghidrah, The Three Headed Monster, Godzilla, Mothra, King Ghidora: Giant Monsters All-Out Attack, Gamera vs. Monster X, Godzilla Vs. The Smog Monster, Destroy All Monsters, Dinosaurus!, Son of Kong, Mighty Joe Young, King Kong (original), Fiend Without a Face, 20 Million Miles to Earth, Beast from 20,000 Fathoms, It, Came from Beneath the Sea, The Giant Behemoth aka Behemoth the Sea Monster, Mysterious Island, Clash of the Titans, 7 Faces of Dr. Lao, Jack the Giant Killer, The Valley of Gwangi, First Men in the Moon, One Million Years B.C., Jason & the Argonauts, The 3 Worlds of Gulliver, The Crater Lake Monster, The 7th Voyage of Sinbad, Sinbad & the Eye of the Tiger, The Beast of Hollow Mountain , The Golden Voyage of Sinbad, When Dinosaurs Ruled the Earth, Planet of the Apes movies

Lost In Space, Time Tunnel, Land of the Giants, Land of the Lost, Voyage to the Bottom of the Sea, Star Trek TOS, Twilight Zone TOS, The Outer Limits TOS, Battlestar Galactica TOS, The Invaders, Sliders, The Prisoner, Batman TOS, Planet of the Apes TV series, Buck Rogers in the 20th Century TOS

Yes, I could still go on and on here as well… Any of the Irwin Allen productions and any Ray Harryhausen movies will do just fine for me this time of year. Check out this great website dedicated to Ray’s work. This is a list of his films:

Anyway, I hope you all enjoy the new video. I know it really doesn’t cover any screenprinting but you do get to learn about the screen printer. Learn how to screen print with Catspit Productions, LLC!